Now, maybe the sensible thing would be to get some information on who or what is The Voice exactly? But following what IT wants means that we get in the Lingering Swamp. And, as it happens, we have a swamp aficionado, of all things, among us. So to hell with prudence, lets go to the decrepit wood to seek something or other that our desincarnated employer wants so bad.

I’m not quite certain what an Harrower is but they sure are tough cookies. But as they’re melee attackers, they’re quite easy to outmanoeuver. In fact, we did so well with this scenario that… I don’t feel like there’s much to say? 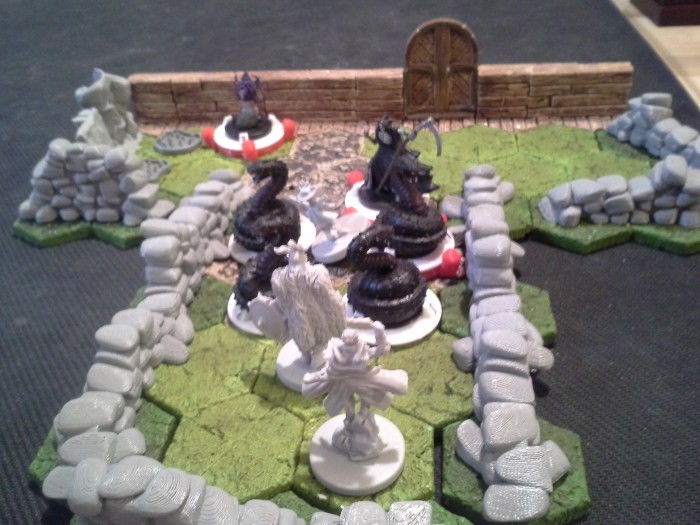 The soothsinger’s forte is not high damage output. 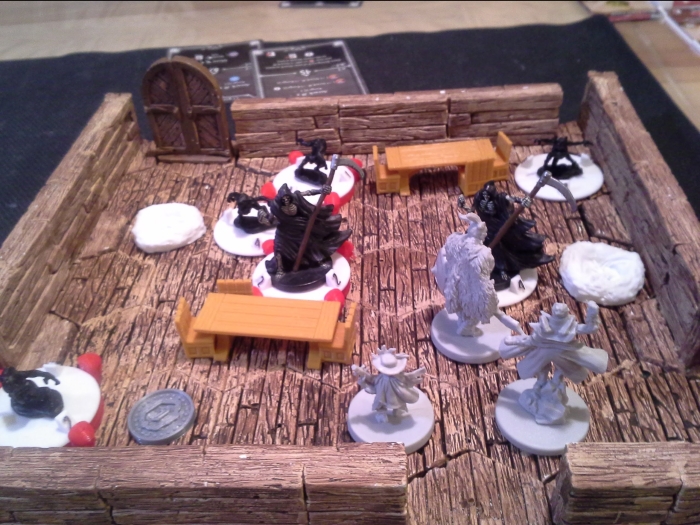 We chose to enter the door in front of us instead of going by the side entrance. We get pesky Black Imps and more Harrowers. 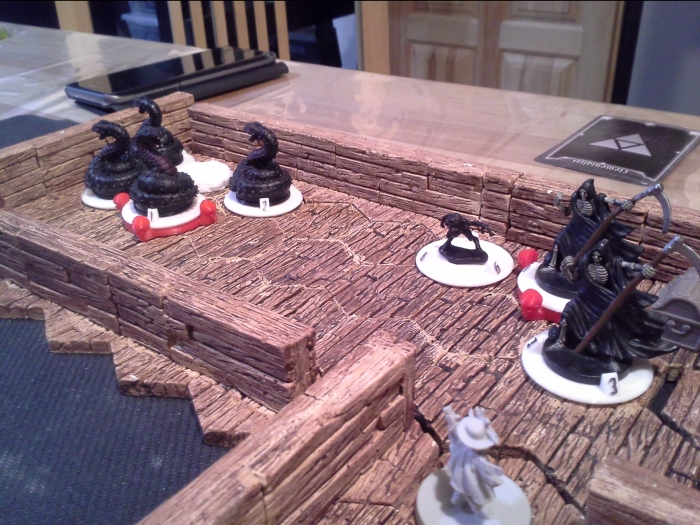 Last room and we still have plenty of resources, no worries.