As if the numerous troublesome gangs weren’t enough, outside parties often invite themselves to the woe of the inhabitants.

Gargoyles from the Folly 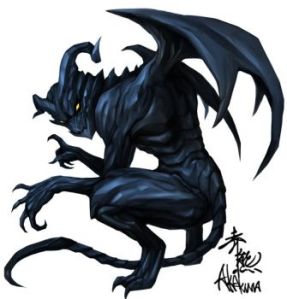 There’s many clutches of gargoyles living among the Folly’s dizzying heights. They’re very territorial and constantly at each other’s throats. They mostly keep to their high above ground perches but recently, the Covellites gargoyles, under pressure by an alliance of Realgars and Pyrites, have started making forays into the Harlequin. 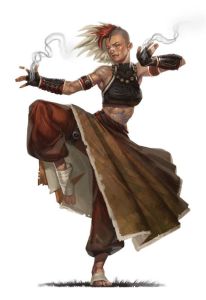 Boredom can be a powerful driving force, suffer a couple of centuries of it and I’m sure you’ll agree. A manifestation of this is expressed by those elven interlopers going for a stroll in the « bad neighborhood ». Most of the time, such a group is escorted by hired arms and the elves themselves are comically clad with antique (and mostly useless) armors.  Less often, these Enclave Elves want to really test themselves and get some action. Some are actually quite good at it. 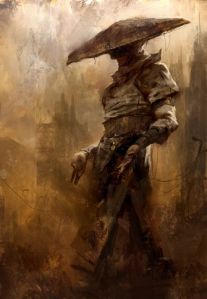 Be they of any races, kwaggers are kwaggers. Crazy, violent slum people who don’t even seem to want to better their lives. But then, the Kwag is literally a nexus of bad energy. Folks who live there don’t stay sane very long. Sometimes things spill out, a gate gets destroyed or a levy-bridge breaks, slamming down, and the Kwaggers swarm over, howling and clawing like madmen.