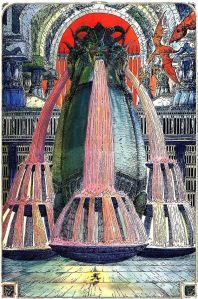 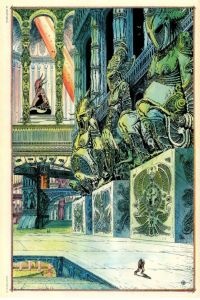 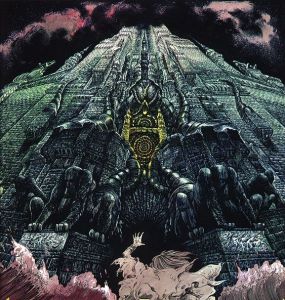 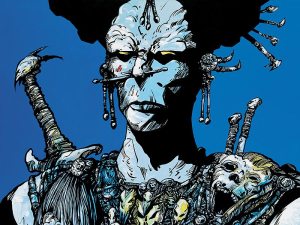 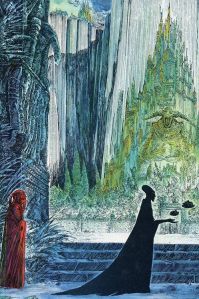 That’s great inspiration for my setting of SiT.

Below: The City with a good government. Girls are dancing, traders are coming in, there’s plenty of open shops: all is well .

Below: The good government itself,  presided by Old Ben. You know Ben, don’t you? Ben Comune (Common Good). He holds two ropes (cordia) that links him to the 24 elected citizens (city council) and with Concordia (left, bottom, in grey) and Justicia (sitting on a throne above Concordia). Each side of Justicia, rewards and punishments are being distributed: gifts, crowning, decapitation, you know, usual judiciary stuff.

The trinity of angelic figures above Ben Comune are Faith, Hope and Charity. Besides him are six councilors. The slouched woman in a white gown is Peace (is she bored or something?). The others, in order, are Fortitude, Prudence, Magnanimity, Temperance and Justice (again).

Some guards watch prisoners, presumably from nobility (natural enemies of a Republic) that are prostrated and awaiting judgment. 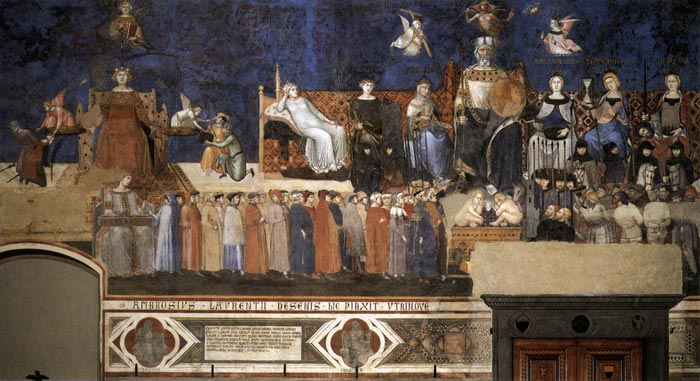 But don’t take nothing as granted. Horrible Timor (Fear) reminds us:

Because everyone wants what’s good for themselves, in this City

Justice is subjugated to Tyranny.

And so no one can go

this way without fearing for his life,

since thievery is done both side of these walls. (1)

And so we get (Below): the City under a bad government (ironically, the painting is a lot more deteriorated!).

Thugs are molesting citizens: rapes (presumably) and murders are committed. The only shop opened is the armourer’s. Clever.

Below: the bad government. Wouldn’t that be great if bad politicians would grow tusks and horns? No more pretending to be honest when you have those!

Oh, and Justitia is bound, helpless, at their feet.

That’s a denunciation of one Joseph Le Bon, a man who oversaw with (lets be cynical) excessive enthusiasm the death sentences under revolutionary France’s Terreur. Ironically, he was himself executed not much later under charge of « abuse of power ».

The imagery is purposefully evocative in order to shock, obviously. A madman drinking the still-hot blood of its victims, having to gulp it down  fast, it seems and  standing ahead a growing pile of corpses with the Furies (to the right) at his side. Note also the crowd waiving pitifully at the cloud, waiting for divine retribution…

Put that in a fantasy world (a grim one indeed) and its no longer mere moral reprobation, it could be really happening.

Who is this guy (Mister Blood Drinker) in my setting? I don’t know yet. He must be somewhere in the past I think. Maybe he’s one of the Three Tyrants. Or more simply an agent for one of them. We’ll see.

As for divine help/retribution, in my world as well as in the real: don’t wait for it… 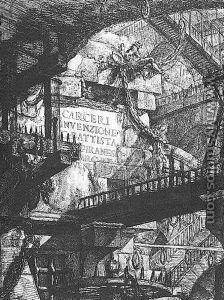 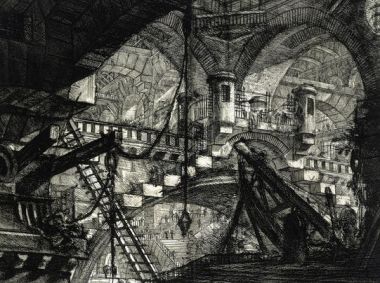 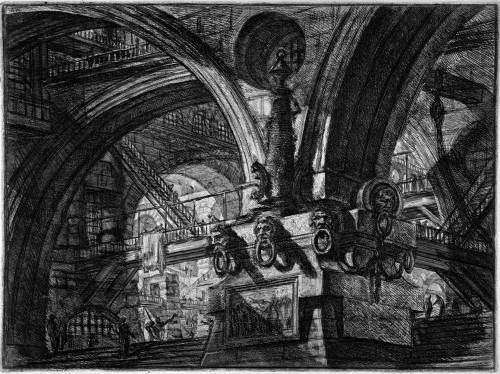