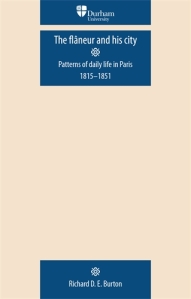 I won’t mess with the mechanics of the rogue as it is one of the few character classes that is perfectly okay within Mean Streets D&D but… Here is a little more flavour coming along with the flâneur. As always, the players will be free to do as they wish (almost) but it seems to me that a rogue character could well be played with these lines in mind:

The flâneur belongs to the same social and moral universe as the spy, agent de sûreté and, somewhat later, the detective. Like them, he strives to be both all-seeing and invisible (though, just as spies were commonly spied upon, so too the flâneur is himself not infrequently the object of physionomie) and, no less than Vidocq or Hugo’s Javert, he is a Protean figure capable of assuming a variety of disguises in order to pursue his scopophiliac passion undetected.

extract from The flaneur and his city by Richard D.E. Burton

The flâneur is a keen observer, so much so that using physionomie knowledge he can, from the dress, gait, etc. in a mere moment gain, like Burton says: « god-like power-through knowledge over the Other. » 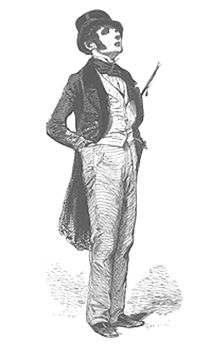 Well I think that would help explain a few things about the features of the rogue class (versatility, skills strength, backstab ability and such).