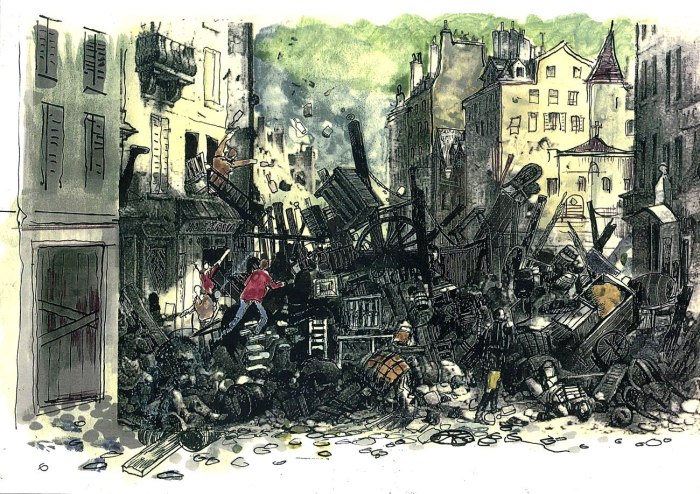 Known far and wide for their love of barricade building and their signature magic ability to cast animate object on, well, any furniture they pu their hands on. They can even create furniture golems!

The FMC is a lot about gratuitous mayhem but they also have a knack for extortion (they’ve emptied a great many houses). They now have under their control three sub-precincts, delimited with their infamous barricades.

One of their particularly impressive wall of furniture is purely defensive. The FMC blocked the gate leading to the Kwag Slums, to prevent an invasion on their eastern side by those crazy Kwaggers. 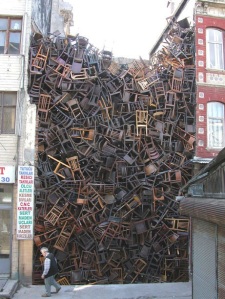 The grizzled leader of the FMC was a member of the Resistance who fought against the Third Tyrant a century ago. It seems like he developped an obsession of barricades from this bloody era. He’s quite the brilliant guerilla tactician but he’s not entirely sane. He’s often found sitting on a gigantic, damaged throne that moves around.

A dwarf martial artist, he still laugh like a devil when he succeeds in tripping an opponent over  an animated stool with an adroit push of his quarterstaff, even after so many times.

Almost always on top of a barricade, the so-called Chairman loves to throw things from above. Chairs, bricks, rocks, nets, dead rats; he always prepare a good stash of ammos. He has a monkey pet that have strange, evil-looking eyes.

When she’s not expertly directing the building of yet another pile of furniture, « Queen » Maatelaah loves to terrorize the neighborhood with a bunch of thugs, snatching anything she wants, the animated bed following her dutifully serving as transport.

The pedantic « Captain » Chiffonier has a much profitable business relation with the woodcrafting’ s guild. Taking away so much furniture from the people in the vicinity of the FMC also creates a need and such an unscrupulous fellow as Chiffonier wants what he thinks is his due. 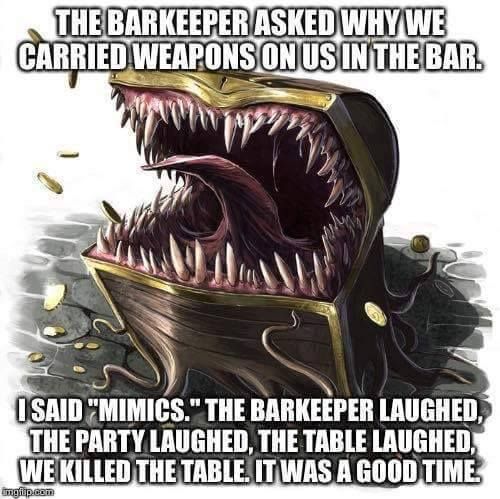