Miles upon miles of massive bones with no vegetation whatsoever. Somewhere in the middle is the ancient mansion of a necromancer. But first you’d have to get past the carrion critters and various undead dinosaurs.

Pit of the Broken Idols

A cave where a long-lost civilization have thrown offensive statues down the 60′ deep shaft. Their residual power has taken shape as a powerful Eidolon.

A spectacular array of flowers and rare medicinal plants amongst the tallest trees of the jungle. This is the works of a cigar-smoking treant that doesn’t take kindly to trespassers. Sometimes, he does need help to get a rare plant he wants to add to his domain or to eradicate something particularly bothersome.

Plateau of the Aarakocra

A rocky promontory that serves as a place of commerce for Aarakocra traders of the Mistcliffs and their partners. Huge quetzacoatlus are used to bring goods from afar. 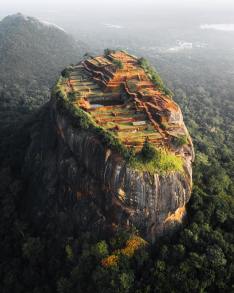 Rogue, evil Aarakocra, have made their lair atop this lonely peak. They’re given to banditry. They have tongueless harpies as their wretched slaves. 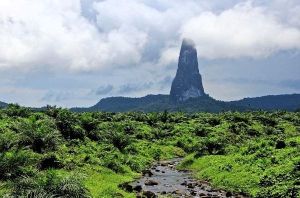 A very ancient site of worship, originally to some obscure amphibian deity. Glittering precious stones can be seen in the pristine water of the pool. Evil winds are always present as well as more tangible threats.

A several miles long cave makes the link from dense, batiri-infested jungles to the coast, through the mistcliffs mountains. There’s many divergent paths and a lot of dangerous critters along the way.

The greatest aarakocra “nest” of the mistcliffs, the numerous sentinels patrolling the air don’t miss much. Only rare visitors are considered trustworthy enough to be allowed further.

One of several rock tower that served to guard the border of the now defunct mezroan empire. This one has sunken below ground, only the uppermost tip remains. The lower part is now in the middle of a cave system inhabited by strange creatures.

Along the eastern coast, this lonely house is inhabited by a friendly hermit. Friendly unless you’re a pirate, if so you better give a wide berth to his house.